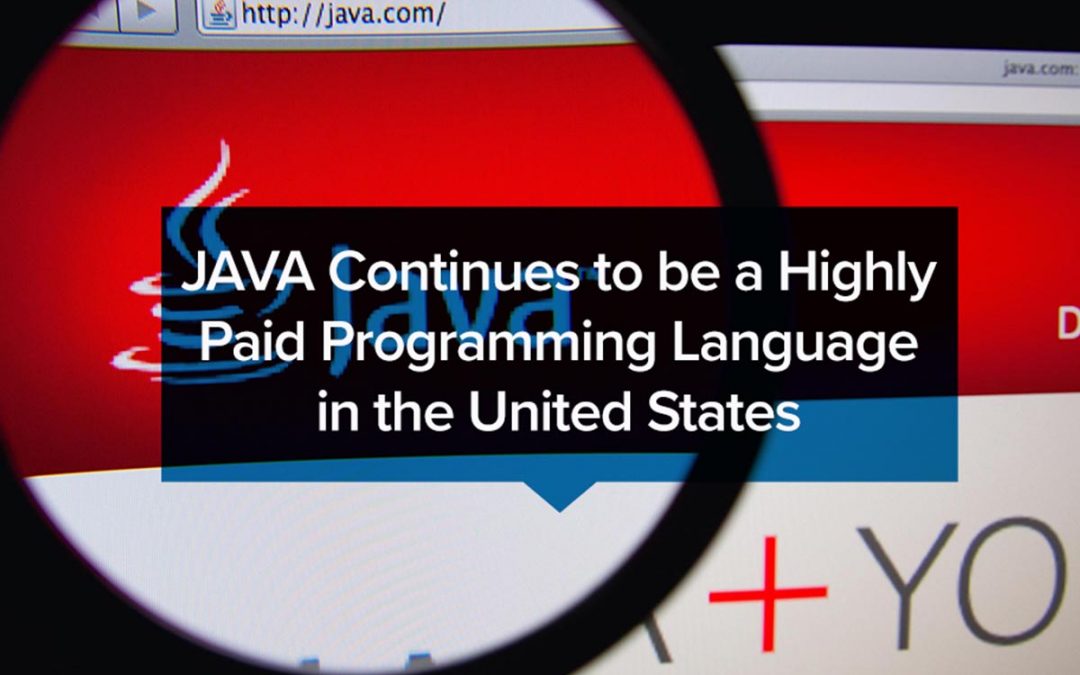 The unemployment rate in Information Technology has been declining, and the demand for tech professionals has been steadily growing. IT professionals with the right skill set have the edge over the competition. Java is a programming language which continues to be one of the most in-demand tech skills in the United States. Java is used in most of the devices we use in our daily lives — like cell phones, gaming consoles, internet, personal computers and supercomputers. The applications of Java are virtually limitless. More applications that run on Java are being developed each day because it is fast, secure and reliable. So why don’t you start learning this programming language? It will help you build websites and develop apps for Android/iOS mobiles, and it is a highly paid programming language in the United States.
Let’s delve into the reasons for the popularity of Java:

Java continues to be in the top 5 highest paid programming languages in the United States. The average annual salary of software developers for Java is $94,908 and the average job count is around 68,300. Top employers — such as Deloitte, Disney, Sun, Amazon and many others — are recruiting Java developers. As shown in Indeed.com’s software developer salary survey, Java ranks at fourth position among the other programming languages. Java is used for a wide array of developments, including mobile applications, enterprise web applications, desktop applications and lots more. It is popular and will continue to be in demand.

Millions of websites feature Java programs and nearly all computer systems across the globe feature JRE applications. You will find that the list of applications featuring Java codes is endless. Android OS by Google featured a Java kernel that resulted in a copyright violation lawsuit between Oracle and Google. Java is a popular programming language mainly for the web applications of client-servers with around 9 million developers worldwide as of 2015.

Implementation Gets Easier for Developers

The main advantage of developing an application in Java is its syntax. It has similarities with several C-based programming languages. This becomes helpful for the developers during implementation. It allows the developers to write once and run almost anywhere, because the compiled Java code runs on any platform supporting Java without the need for recompilation.

Java boasts of a widespread, well-written class library. You can work with automatic tools for memory management and simultaneously get a platform perform a behavioral transfer from a specific address to another. The idea behind the automatic memory management model is that the programmers don’t have to take the burden of carrying out manual memory management.

Java offers great performance compared to other available languages, with enhanced portability. The syntax is also simplified in Java compared to C++ language. If you are undertaking software development in Java, you will find language design that is not committee focused.