The Twin Consequences of Relying on Traditional Interviews for Hiring 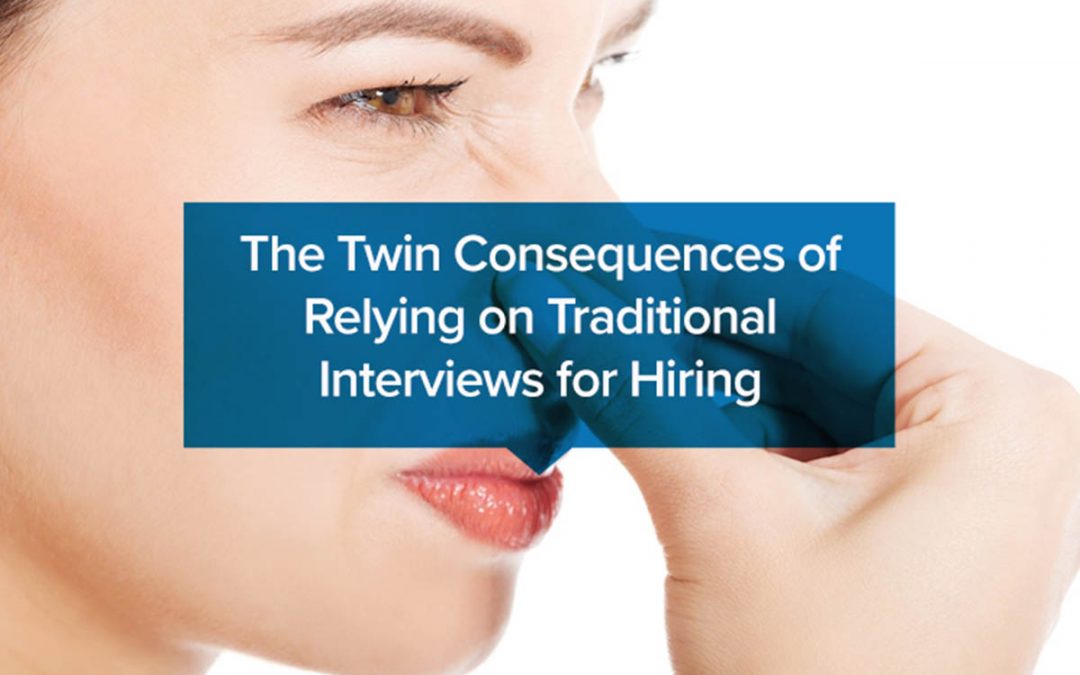 The title of a recent New York Magazine article declared, “Job Interviews Are a Terrible Way to Find the Right Candidate.”

The article’s criticism of job interviews: “We see what we want to see. We’re great at quickly forming first impressions, but we’re pretty terrible at changing our minds when new information comes in after the fact.”

As the New York Magazine article points out, interviewers are drawn to candidates whom they like—typically those with strong personal, aka “soft” skills. Soft skills have value in the workplace, but candidates must have aptitude in technical and other skills that are necessary to succeed at a given role, or they’ll end up as bad hires.

In addition to bad hires, relying on job interviews leads to biased hiring. The reason: Interviewers are drawn to candidates who are like them. The same gender, the same ethnicity, the same sexuality, the same background, the same interests, etc. This leads to fewer opportunities for diverse candidates, but also contributes to lower performance and creativity and less innovation for employers, as there is less thought diversity.

How Can Employers Avoid These Consequences?
Employers can take a number of actions to mitigate these twin consequences, including:

The Extra Action for Tech and IT Hiring
Technical skills and experience are especially critical for new hires to succeed in tech and IT hires. While a sales person might succeed based on their interpersonal skills, having stellar soft skills isn’t enough in tech. You must have technical chops.

Take a Multi-Faceted Approach
Ultimately, to get the best hiring results, you need to use the various tools at your disposal, and to take a considered, multi-faceted approach. There’s still a place for traditional interviews at the end of the process, but due to their limitations and shortcomings, it’s critical to take other actions that support hiring quality and diversity.